← back to
Captured Tracks
Get fresh music recommendations delivered to your inbox every Friday.
We've updated our Terms of Use. You can review the changes here. 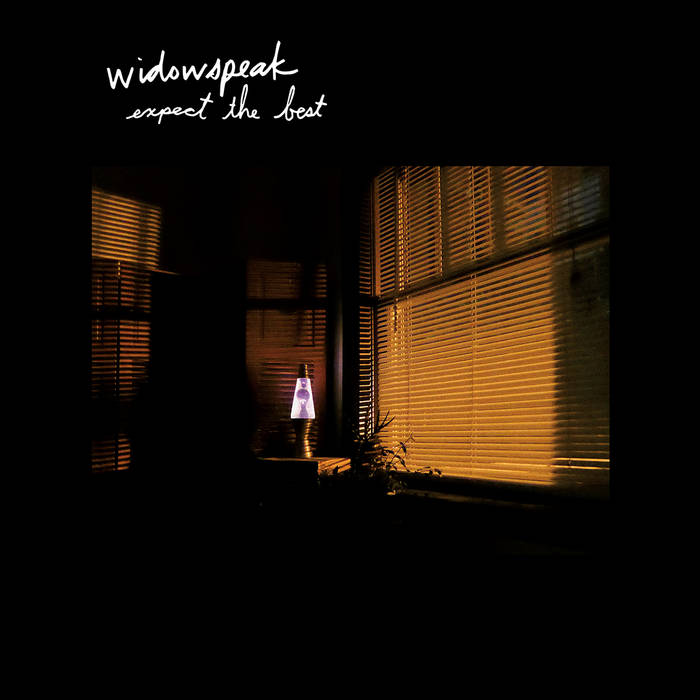 hollowbloom An album that is so easy to listen to from start to finish. Not a single track to be missed. Dream music. I've been following Widowspeak for some time and I'm happy to snag a cassette tape for listening to! Favorite track: Dog.

Mikepaints I love Widowspeak. What a guitar player. What a nice lady singer. Favorite track: Expect the Best.

Jason Soditch While dreamy and beautiful, this album is deceptively heavy and psychedelic. Watch out... These songs will creep up on you. Favorite track: Expect the Best.

Casper Gjede Jansen This music is nice and dreamy. Feeling like sweeping through the day, either behind closed drapes or just walking alone aound empty streets. I really love it!

Widowspeak remain purveyors of mood. Whether painting an image of a basement apartment with blinds closed or conjuring the sweeping openness of a desert, they’re an outfit ever preoccupied with the influence of place and the passage of time on personal experience: the way vivid memories can feel like movies or dreams.

On their newest album for Brooklyn’s Captured Tracks, Widowspeak use familiar aesthetics as a narrative device, a purposeful nostalgic backdrop for songs that ask, “How did we get here?” Sonically, they exist somewhere in the overlap between somber indie rock, dream pop, slow-core and their own invented genre, "cowboy grunge." At the heart of the band, there is a palpable duality, a push and pull between the delicate and the deliberate: the contrast of lead singer-songwriter Molly Hamilton’s strikingly beautiful voice and poignant melodies with the terrestrial reality of being a four-piece rock band. These songs sound like the dark bars and rock clubs they were imagined for just as much as the bedrooms where they were written. Expect the Best sees Widowspeak finding their greatest balance between opposing forces: darkness and light, quiet and loud, tension and calm.

The album was written while Hamilton was living in Tacoma, Washington after previous stints in upstate New York and Brooklyn. So much moving around, and specifically a move back to the place she grew up, was the catalyst for a record concerned with self-examination and the sense of dread that comes from feeling adrift (“Dog”). Whether navigating the anxieties of social media and self-preservation in the digital age (“Expect the Best”), struggling to maintain motivation (“When I Tried”), or critiquing western-centric wanderlust and aspiration (“The Dream”), the songs here recognize that there’s no going back in time. Hamilton’s lyrics explore the space between regret and anticipation, reconciling the desire to dwell with a need to “expect the best,” even as the best seems unlikely.

“In the past I’ve felt compelled to write songs that are more optimistic than I’m actually feeling, as if I could make it true, as if everything in the past was significant or beautiful in a way, even if it was painful. But the truth is that not everything makes sense, and not every day of your life is an experience of clear cut emotional clarity,” says Hamilton. “I struggle with this compulsion to pull away from people, pull away from the things I enjoy doing, and sometimes literally picking up and moving away when I am feeling uneasy and anxious about my future in a given space, physical or mental. Social media these days can exacerbate that as well.”

Although Widowspeak’s last two records -- Almanac (2013) and All Yours (2015) -- were conceived as a duo with lead guitarist Robert Earl Thomas, Expect the Best finds them playing to the specific strengths of the current touring incarnation (James Jano on drums, Willy Muse on bass). The album, recorded by Kevin MacMahon (Swans, Real Estate), exhibits a marked increase in energy that reflects the band’s live show and the organic way it was created: by four people in a room together. The band collectively navigate dynamic changes with subtlety and restraint; the nine tracks here reach highs of wide-eyed lushness and plumb the depths of resigned melancholy. Their usual palette of dusty guitars and angular twang are still here front and center, but now with a bit more 90s homage, even if abstractly. The Pacific Northwest influences creep in throughout, as do varying flavors of New York's legacy, the city the band still partially calls home. It’s their heaviest record to date, but never loses the sense of quiet intimacy that Widowspeak is known for.